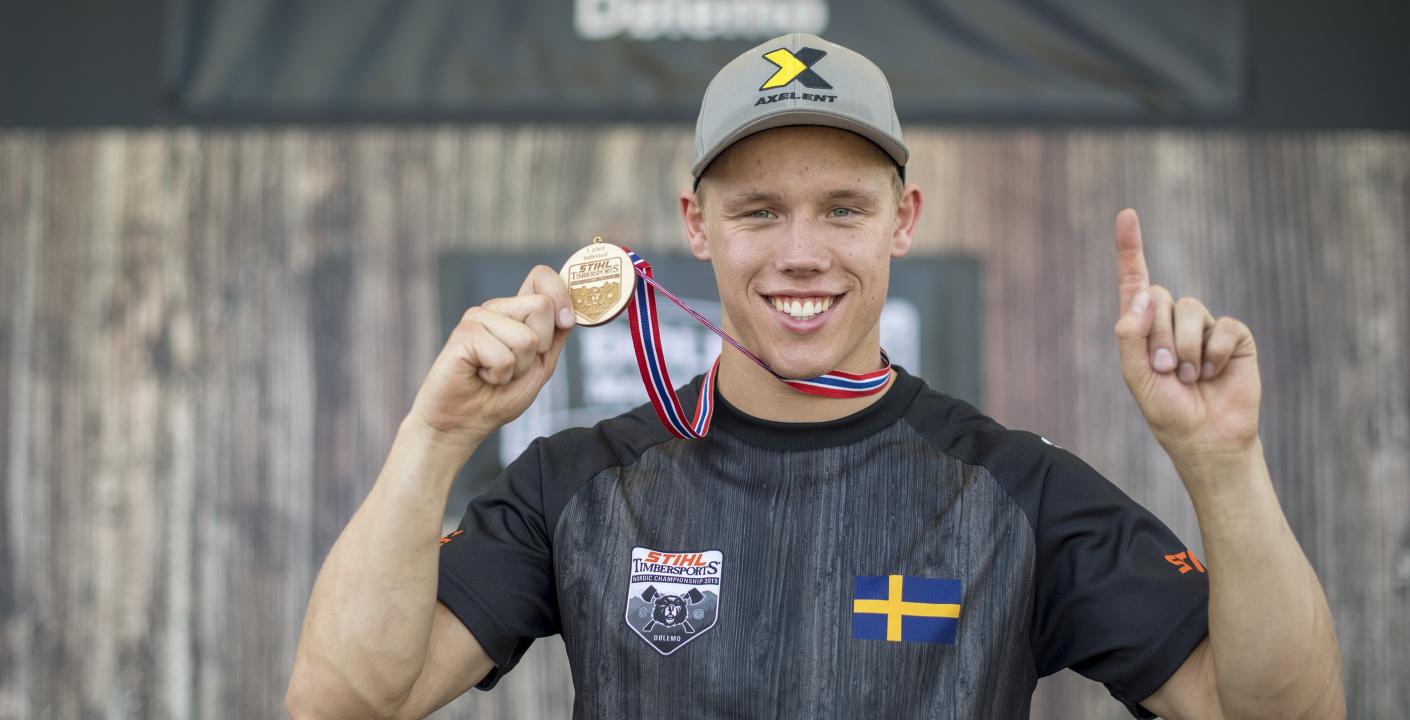 On August 28th, the top athletes in Sweden and Norway will battle for the Nordic title in STIHL TIMBERSPORTS® Nordic Championship 2021. A Nordic Championship will be chosen in the Rookie, Intermediate and PRO class and the Swedes are ready to defend their title.

Almost two years have passed since the last STIHL TIMBERSPORTS® Nordic Championship was held in Dølemo, Norway, where Sweden collected a triple victory. This time, the Norwegian athletes travel to Sweden and are ready for revenge. A battle that current Nordic Champion, Sweden’s Ferry Svan, looks forward to and aim to defend.

– I am in good shape and have proof of this since the Swedish qualifier to European Nations Cup in June.  I will continue to train hard to raise my minimum level even further. I am looking forward to compete against the Norwegian athletes; it is always a good battle during the Nordic Championship. Last time it was even until the very last heat, and I am sure we can expect the same this year, says Ferry Svan who holds the Nordic Champion title since 2019.

For the Norwegian athletes, the national champion title is in the run. The best Rookie and PRO athlete will be the Norwegian Champion 2021. Vebjørn Sønsteby is the current Norwegian Champion since 2019. This year he will not compete and defend his title. However, so will Ole Magnus Syljuberget who is ready to compete for his first title.

– I look forward to compete against the Swedish athletes once again - it has been too long. The Nordic Championship is a thrilling event and it’s good to be able to compete against our Swedish neighbours, says Ole Magnus Syljuberget.

On Saturday, August 28th, the individual Nordic Championship will take place; Rookie and Intermediate in the morning and PRO in the afternoon. Rookie and Intermediates will compete at the same time and may up in the same heat, with where the best result in each class counts. Rookies are athletes up to 25 years old, while Intermediate are new athletes over 25 years. This year, no team relay within the Nordic Championship will be held. Instead, on Sunday August 29th, the Swedish athletes will be competing in a national team relay.

– We are very happy to finally be up and running again and that we are able to arrange this type of competition. Like the athletes, the rest of the organization is excited and is very much looking forward to the Nordic Championships. The competition is hard and I think it will be an even battle to the very end, says Emma Birgersson, Nordic PR & Communications Manager STIHL TIMBERSPORTS®.