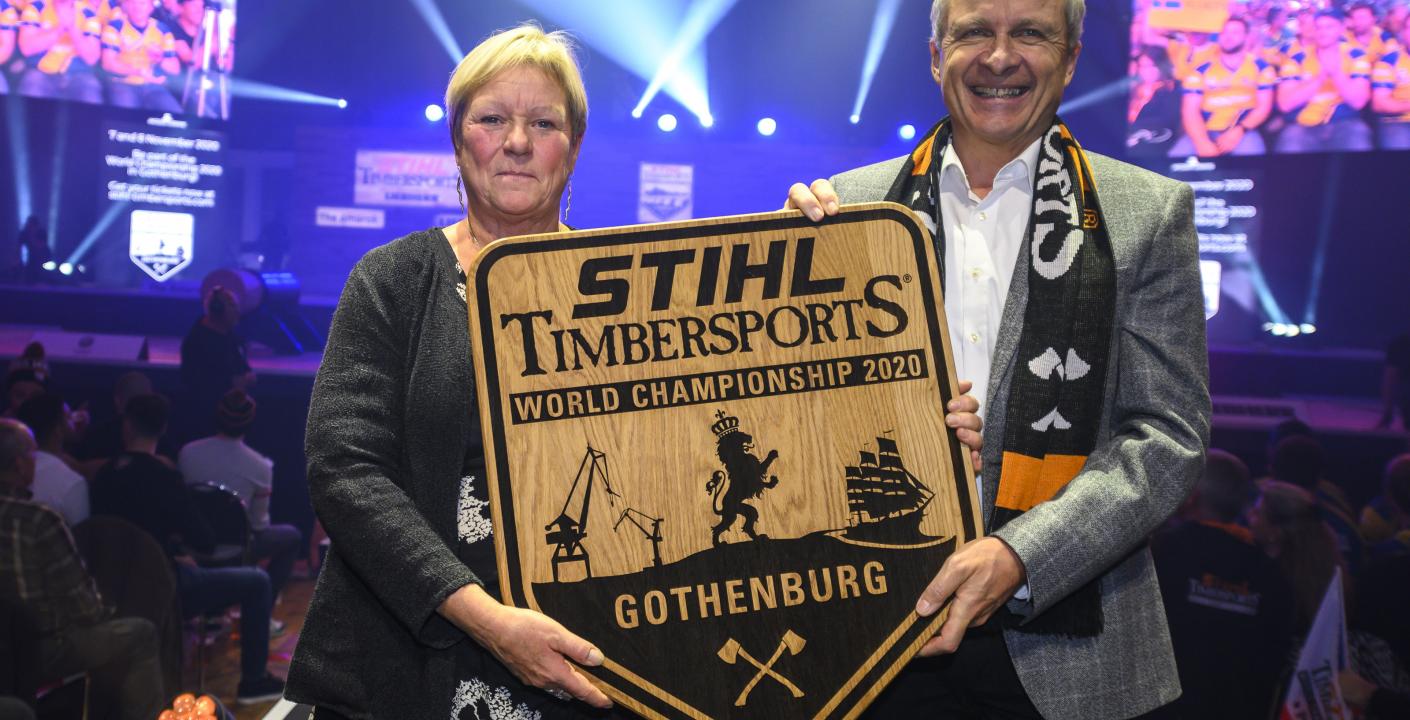 As earlier announced, the STIHL TIMBERSPORTS® World Championship 2020 will take place in Sweden. The festival, which attracts thousands of audience and millions of TV-viewers, will be held at Partille Arena November 7-8 2020. Over 100 athletes from around the world will battle it out for the world champion title in the team relay and the individual championship, which are said to be the worlds’ biggest championships within logger sports.

The STIHL TIMBERSPORTS® World Championship will take place in Partille Arena in November 7-8 2020. More than 20 national teams competes in the team world championship and the world’s top twelve athletes will compete in the individual world championship. The championships takes place during two days and gathers over 100 athletes from the USA, Canada, Australia, Nyew Zealand, Sweden, Norway, Germany, Czech Republic and Great Britain among others.

The championship is the biggest event globally within logger sports and attracts thousands of spectators. Fans from all over the world will come to Gothenburg to see the athletes fight for the prestigious titles. At the same time, TV-viewers follows the sport from their sofa at home as the sport airs on TV channels as TV2 Norway, Sport1 Germany and Sport5 in Czech Republic and afterwards in Canada, USA, and Australia.

During the weekend the STIHL TIMBERSPORTS® World Championship took place in Prague, Czech Republic. In front of a sold out arena, Eva Carlsson, from Partille Municipality, was handed over a placard as a gesture to host the next championship in 2020.

“As a municipal council in Sweden's best sports city, it is extra fun to welcome a world championship in such an exciting sport to Partille. I look forward to seeing the world elite in TIMBERSPORTS® measure their strengths and to put Partille and Gothenburg on the map in this context, ”says Eva Carlsson (S), Deputy Chairman of the City Council in Partille Municipality.

The last time Sweden was hos for an international TIMBERSPORTS® competition was in May earlier this year, as the international competition Champions Trophy and the Rookie World Championship was held at Tjolöholms castle, south of Gothenburg. The event attracted and audience of 1,400 people that witnessed as the world elite in logger sports competed to win.