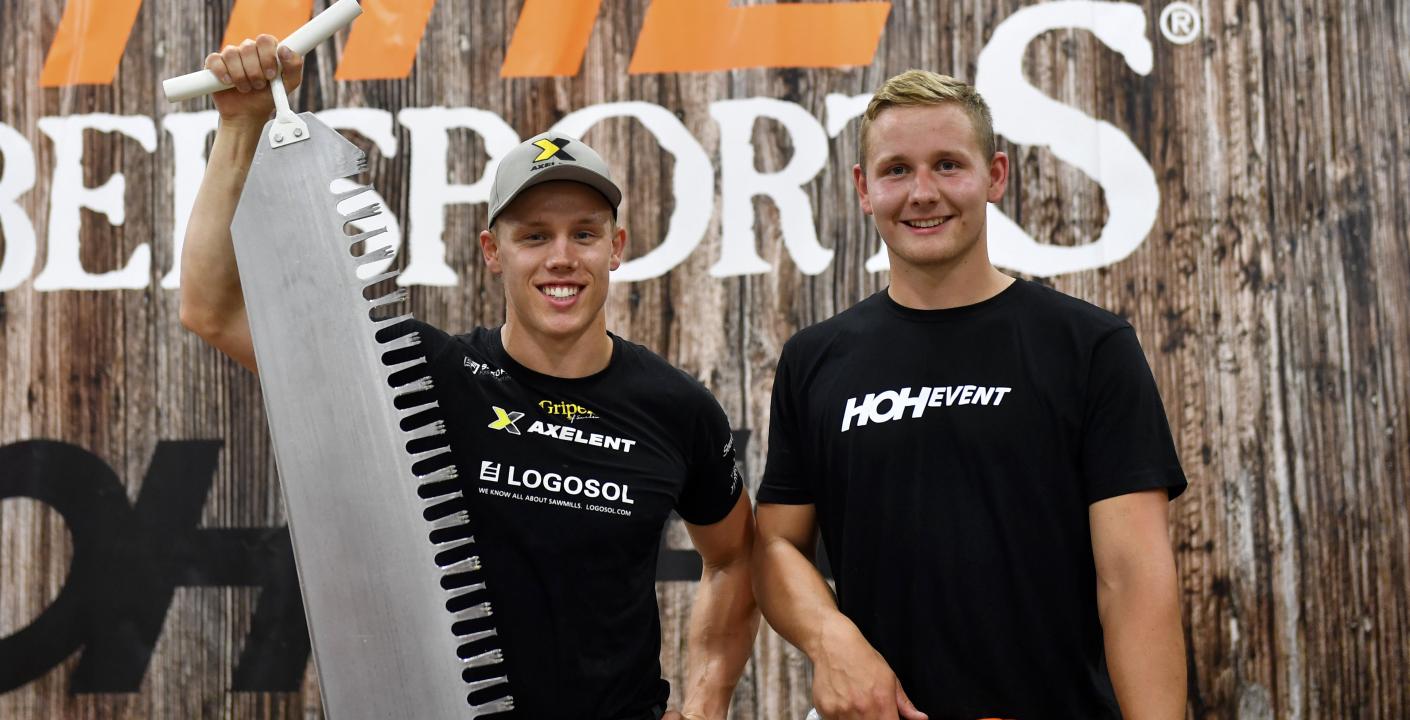 During the World Trophy European Qualifier on 12 September this year, nineteen of Europe's best TIMBERSPORTS® athletes compete for six places at the World Trophy 2022. Representing the Nordics in September are Swedish athletes Ferry Svan and Emil Hansson, who took first and second place respectively during the Swedish qualifying competition.

– I went all in and left nothing to chance. The Trophy format is unique and it is important to perform well in all four disciplines in a row. I was in good shape and when it was time for the last discipline, I had the strength to continue at a high level, so it went very well. Now I look forward to competing in the World Trophy European Qualifier and aim for a place in next year's World Trophy”, says Ferry Svan.

With less than 15 seconds behind Ferry Svan's finish time in the Swedish Trophy, Emil Hansson took second place and will, as a new PRO athlete, for the first time ever compete for a place in the World Trophy.

– You need to have the technique, strength and physical condition when competing in the Trophy format. I had a good flow during the Swedish Trophy and it felt very good with a second place. After that, I competed in the European Trophy this summer, but it didn’t go as I hoped so now I’m aiming for revenge during the World Trophy European Qualifier”, says Emil Hansson.

The last of the national qualifying competitions was recently held and it is now final which nineteen European athletes will meet in Switzerland on September 12 this year. The six athletes who place in the top will get a spot in the World Trophy 2022 Championship, where the twelve best athletes from all over the world gather to compete for the prestigious winner title.

Within TIMBERSPORTS®, there are two individual competition formats: Trophy and World Cup. Both formats challenge the athletes in both strength and endurance as well as technique. The Trophy format is extremely challenging as the athletes meet in elimination duels. They must, with the least possible time required, complete four disciplines in a row. In Stock Saw and Single Buck, chainsaws and hand saws are used, while axes are used in Underhand Chop and Standing Block Chop. In the World Cup format, the athletes compete in the four disciplines of the Trophy format but also in Springboard and Hot Saw. All six disciplines are performed separately and divided into three rounds. Points are awarded based on the time spent on each discipline. After each round, the athletes with the lowest points are eliminated.