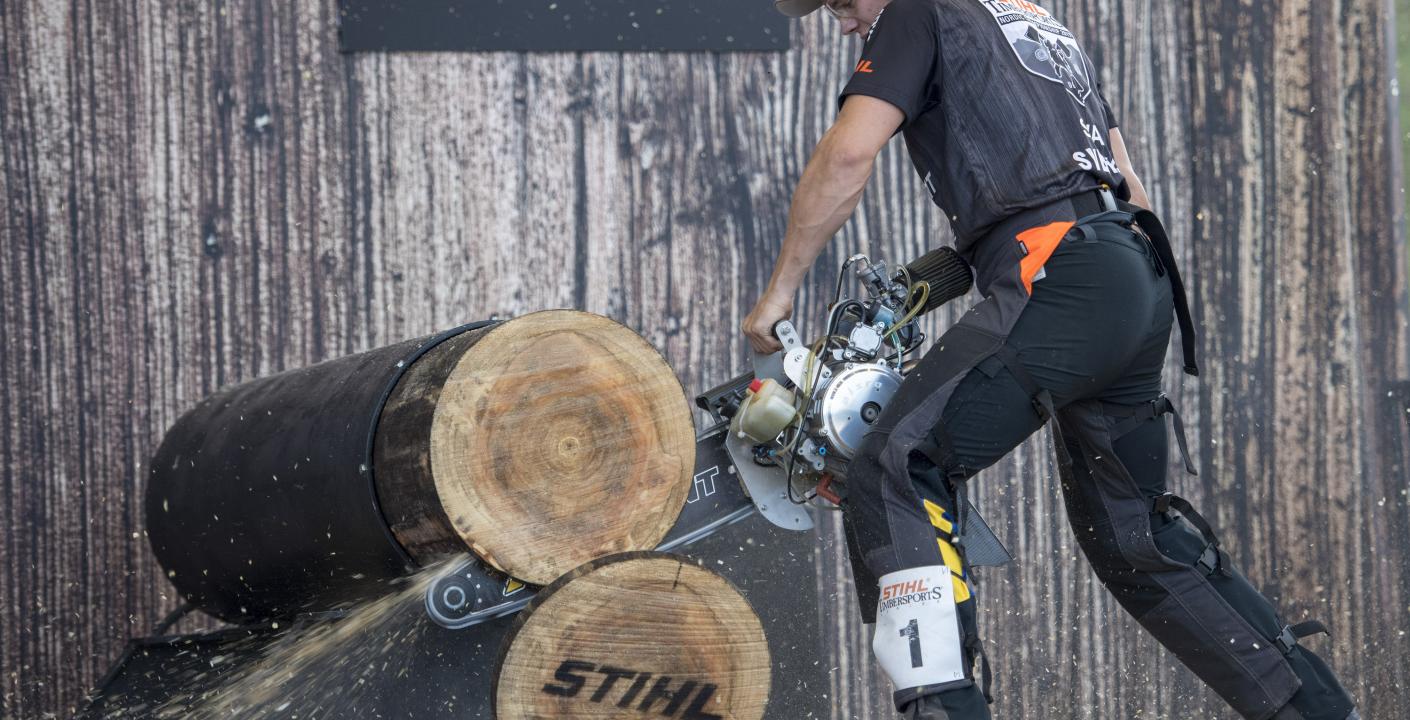 This weekend, the STIHL TIMBERSPORTS® World Championship takes place in Prague. This will be the first time Ferry Svan represents Sweden in the individual championship. Only 23 years old, he will be the youngest Swedish athlete to ever compete in the individual competition. Since claiming the Nordic Championship title in August, he has been training hard to prepare.
“I have had an intense training period and will now start to slow down to be in even better shape,” says Ferry Svan.

During Saturday’s STIHL TIMBERSPORTS® Individual World Championship, Ferry will enter the competition stage for the first time, competing among the world’s top twelve athletes, and the competition is tough. Nations as the USA, Australia, Canada and New Zealand, are all hungry for the gold, as are many great athletes from other European countries. Ferry however, has great chances to do well.
“It is a special year, as there are many new athletes qualified for the championship. We are six that have the same experience of the individual world championship, therefore the chances to succeed are great,” says Ferry Svan.

Youngest Swedish athlete of all time
With this year’s participation, Ferry will be the youngest Swedish athlete to compete in a STIHL TIMBERSPORTS® Individual World Championship, as will he be the youngest competitor among all twelve athletes. The second youngest athlete is the 24 year old Australian Brayden Meyer, while Christophe Geissler from Switzerland is the oldest with his 45 year’s of age.
“I am excited to qualify at such a young age. The other athletes have longer experience but I still have the possibility to watch and learn,” says Ferry Svan.

Number one in Europe at Springboard
The individual championship consists of six disciplines divided into three rounds. All twelve athletes compete in the first round and only the top eight advance to the second round, for the final round the top six athletes battles in the final discipline.
“My goal is to make it to the last round to do Hot Saw, which would be amazing! I have great chances to reach the second round, at the moment I am number one I Europe in Springboard which is one of the two disciplines in the round,” says Ferry Svan.